The Life and Ministry of John Hus

The Life and Ministry of John Hus

The Life and Ministry of John Hus | Greg Hodson

The marriage of the Princess of Bohemia, a lady who studied God’s Word, to King Richard of England opened up links between those two countries, allowing for the exchanges of students and ideas. Jerome of Prague brought Wycliffe’s teachings back to Bohemia, where John Hus was rector at the university. Hus preached at the university and at the ‘Bethlehem’ church, where he was required to preach in the Czech language. He translated some of Wycliffe’s work into Czechoslovakian.

Opposition built up, especially when he spoke out against one of the Popes offering indulgences to fund a war against another Pope, and when he ignored Papal Bulls requiring him to stop preaching. King Wenceslas eventually suggested that he should go into exile. The future Holy Roman Emperor promised him safe conduct if he would attend the council at Constance and Hus agreed. However, after a while, he was arrested and badly treated. His refusal to recant eventually led to him being burned at the stake. He believed ‘It is better to die well than to live badly.’

Martin Luther published some of the letters John Hus wrote from his captivity. We see that Wycliffe influenced Hus who influenced Luther. The importance of God’s Word in the vernacular again was stressed along with the fact that there is no such thing as ‘co-incidence’; rather, we have a sovereign God who will preserve His remnant. 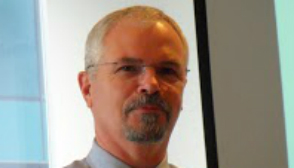 Greg came to Grace Church, Modesto from the UK in 1997. For many of the intervening years, he has functioned as a teaching elder in the fellowship. He is frequently involved in the teaching ministry and also leads the Internet Ministries and the Youth Ministry. Before coming to Grace Church, he was a teaching elder in a small village chapel in the UK for four years. He is married with 3 children and 3 grandchildren.