He Who Is Least Is Greater Than He

He Who Is Least Is Greater Than He

He Who Is Least Is Greater Than He | Shaun Bryant

Having answered the question from John through his disciples, Jesus turned to talk to the crowd about John. They had not gone out to the wilderness to hear John because he was eccentric; a man who ranted and raved and said first one thing and then another. Neither had they gone out to see one dressed in fine clothes as an earthly king might have been.

We look at the ways in which John was a great prophet, how he was indeed the Elijah that God had promised, yet how humble he was. We note that Jesus says that the one who is least in the Kingdom of God is greater than John. What did Jesus mean by this?

We see that Jesus was talking of Himself. No-one ever humbled himself more than the man Christ Jesus, and therefore He has been exalted to the highest place. The challenge comes to each one of us to follow the example of Christ by humbling ourselves to the lowest place, becoming the servant of all, that we may more like the One who is greatest in the Kingdom of God. 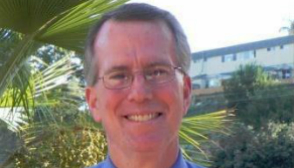